It was the weekend and what better way to spend it than a drive to Limassol along the old coast road.  It is such a beautiful drive along the coast road to Limassol.  There are lots of places of interest to stop at en route if interested for example, the Birth Place of Aphrodite, Sanctuary of Aphrodite, Sanctuary of Apollo and even the amphitheatre at Kourion.  This road also takes you through Episkopi which is a British Military Base in Cyprus.  Although it is not the largest of the British Military bases on the island, it is however home to both the civilian and military administration headquarters of the Sovereign Base Areas. Episkopi is the current command centre of British Forces Cyprus.

So far these sights make for a very interesting drive don’t you think?

We had a few things which we wanted to do on the way to Limassol and the first was to stop at the Episkopi Clay Pigeon Shooting to find out a bit about it and then to the Esso Petrol Station in Episkopi which also sells bicycles and we were very interested in looking at road bikes opposed to mountain bikes which we currently have but never actually go off road……we were then on our way to Limassol after our little detour.

We drove along the coast road in Limassol and out of the other side near Amathus and stopped at the Blueberry Cafe (Phill proposed here so it was good to go back ♥♥ ).  Although a warm beautiful day it was very windy and this seemed to bring out lots of people to the sea to windsurf. 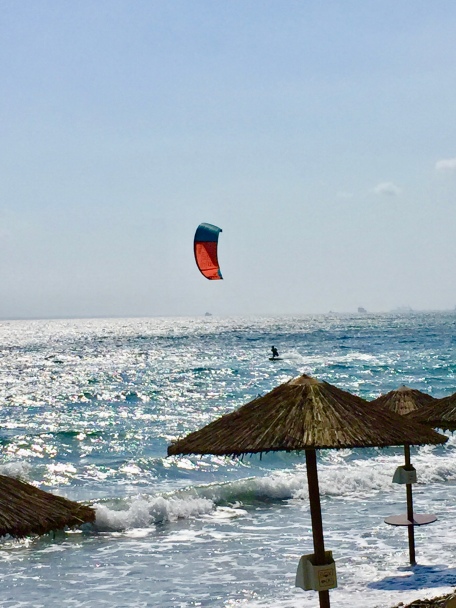 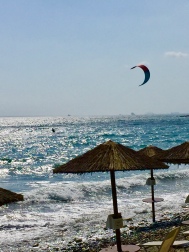 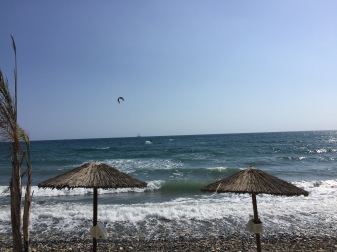 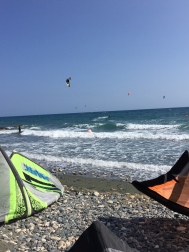 Now back to Limassol Old Port for a wander round and dinner.  It was a great weekend to go as there was lots of activity on at the Old Port as well as on the sea front near the Old Port – The Cyprus International Food Festival was on for 2 days, this was its second year and appeared to be a success yet again.  Next was the Aphrodite Games founded  in 2014, a competition showcasing some of the fittest athletes in the region, competing in an event combining strongman implements, swimming and hard-core fitness on the sunny seaside in Cyprus – the island of Aphrodite. Originally starting out as a 1-day event on the sandy beaches of Limassol, the AG attracted some of Europe’s up and coming superstar athletes. We watched some of the women’s weight lifting – very impressive 105 kg weights being lifted. 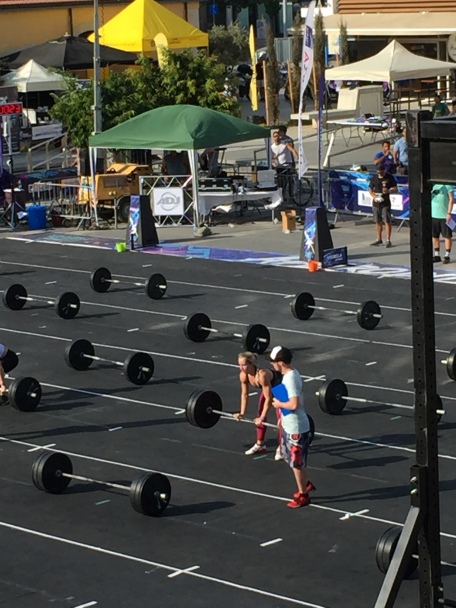 All the excitement didn’t end there it was also the weekend where there was a Classic Motor Bike show. 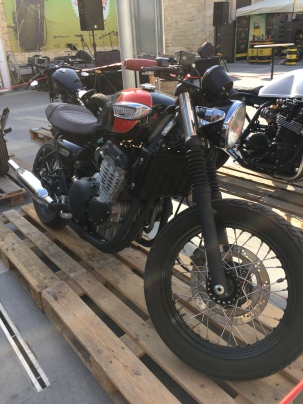 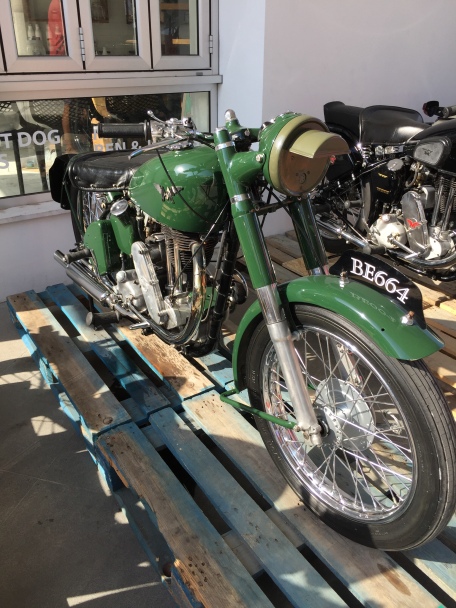 Feeling totally exhausted after walking around in the sunshine it was time for something to eat.  There were many restaurants to choose from a steak house, Fish Restaurant and a Gourmet Cypriot Restaurant and being in Cyprus we opted for the Cypriot Restaurant called Kipriakon which sits at the front at the Old Port.  This restaurant does traditional Cypriot food with a modern slant to it.  We absolutely loved it and like they say on reviews we will most definitely return!!